To share your memory on the wall of Brian Smith, sign in using one of the following options:

Print
Brian Keith Smith was born November 17, 1964 in Woodville, Texas and grew up in Colmesneil, Texas. He passed away June 8, 2019 in Houston, Texas after an extended illness.

Brian was educated in the public-school systems of Colmesneil an... Read More
Brian Keith Smith was born November 17, 1964 in Woodville, Texas and grew up in Colmesneil, Texas. He passed away June 8, 2019 in Houston, Texas after an extended illness.

Brian was educated in the public-school systems of Colmesneil and Houston, graduating from Sharpstown High School. He was employed as a manager with his family’s restaurant business for a number of years until his health began to fail.

Brian was united in marriage with the late Stephanie Marie Rachal. They were the proud parents of three sons: Brandon Keith Smith, Aaron Joseph Smith, II and Tyler Martin Smith. While Brian and Stephanie’s marriage ended in divorce, they remained devoted friends to one another until the end.

It was often said of Brian he never met a stranger, that everyone was a friend whose name he hadn’t yet discovered. He had a personality that drew people to him and made immediately made them part of his circle. He loved anything related to cars—actually anything that had wheels—and passed that love of machinery on to his boys. He had a zest for life, an unquenchable desire to see, to be, to know, to do, to discover and a determination to live his life on his terms. When his struggles with his health became unbearable, he never once complained or asked, “why me” and was always grateful and appreciative of the help and support he received from his family and his caregivers.

He leaves to mourn his passing his parents Gwendolyn and Aaron Smith, sisters Glynis F. Gilder and Niki Smith Scott (Jeremy); his sons Brandon, Aaron II and Tyler; a granddaughter Kambrie Marie; his nieces Blair A. Evans and Chloe A. Evans; cousins Darryl K. Smith and Reggie Smith and a number of faithful and dear friends.

To send flowers to the family or plant a tree in memory of Brian Keith Smith, please visit our Heartfelt Sympathies Store.

Receive notifications about information and event scheduling for Brian

We encourage you to share your most beloved memories of Brian here, so that the family and other loved ones can always see it. You can upload cherished photographs, or share your favorite stories, and can even comment on those shared by others.

Posted Dec 10, 2019 at 12:50am
Brian was a really awesome friend. I’m just finding out about this cause I have been away. My husband Timothy Wyckoff and him were best friends. I had been trying to contact Bryan for Tim to tell him he loved and missed him! He would be home soon! I’m so sorry I’m being this back up so far off! It’s just new to us. We are going out to inform Tim in person. Lord be with you and god bless!
Comment Share
Share via:
HS

Flowers were purchased for the family of Brian Smith. Send Flowers 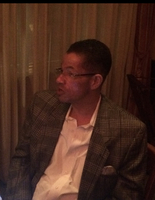 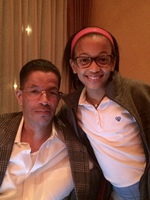