To share your memory on the wall of Robert \"D.D\" Wyatt, sign in using one of the following options:

Provide comfort for the family by sending flowers or planting a tree in memory of Robert "D.D" Wyatt

Provide comfort for the family by sending flowers or planting a tree in memory of Robert "D.D" Wyatt

He is preceded in death by his parents, brothers, Claude Wyatt and Lawrence “Wayne” Wyatt, and his sisters, Lillie Mae Berry and Bonnie Jean Darden.

He attended school and graduated with his high school diploma from Chester High School, Palestine Community, in Chester, TX. He worked various jobs, but he was affectionately known for the work he did at Chester ISD for many years. While he held the title of custodian, he was so much more to the students and staff there. For many, he was a great friend, a mentor, an uncle, a father figure, a brother, and one of the biggest sports enthusiasts on that campus. Even after he fell ill, he still supported the students and staff in any way that he could. He consistently placed the need of others above his own and sacrificed to help everyone he could. He was loved by all, because he loved ALL. It did not matter who you were, where you were from, or even what color you were. In his eyes, everyone was a child of God and was worthy and deserving of love. Because of this, D.D. never encountered a stranger.

D.D. united with the Palestine Missionary Baptist Church in Chester, TX at a young age where he remained until his passing. Anyone who knew D.D. knew that he was an avid music lover. Music was his gift and his ministry, and he enjoyed traveling to participate in various concerts and workshops. He graciously served as a musician, choir director, and singer at Palestine Missionary Baptist Church until he fell ill. He also did his part to keep the children of the community connected to God by hosting Vacation Bible School during many summers. While he was at the Dogwood Trails Manor Nursing Home in Woodville, TX, D.D. spent countless hours studying his bible, listening to and learning new songs, and ministering to people over the phone. It was his hope that he would be healed and resume his ministry here on earth, but our Heavenly Father had other plans. D.D. was healed, but he was healed on the other side, and there is no doubt that he has now joined the Heavenly Choir, doing what he loved to do, praising God through song and worship.


Service details are as follows:

*Mask are required*
Coleman’s Family Mortuary along with the Wyatt family will require all family and friends to wear their masks and gloves and use all safety precautionary measures upon entering the church and during the service.

To send and share condolences, and sign the guestbook, for Mr. Robert Wyatt and family please visit www.colemansfamilymortuary.com
Read Less

Receive notifications about information and event scheduling for Robert "D.D"

We encourage you to share your most beloved memories of Robert "D.D" here, so that the family and other loved ones can always see it. You can upload cherished photographs, or share your favorite stories, and can even comment on those shared by others.

Posted Sep 18, 2020 at 08:30pm
This is from his little ladies from Mt, Hope Baptist Church of Colmesneil ,We dearly loved him He was aspecial person in our lives Sis ,Catherine Deason,
Comment Share
Share via:
C

Posted Sep 15, 2020 at 02:17pm
DD truly lived the life that he sang about. He was a devout Christian and loved GOD. I can remember him sitting on the porch talking to my granny. He would always take me to VBS every summer. I know my Mom is rejoicing to see hm again. I am sure they are talking each other’s ear if, as they often did here on earth. I
am so thankful and happy that I went to Dogwood Nursing facility to see him. He was a so happy! Thanks DD for all you did for me and my granny. You loved us like family.
Close Friends and Dancing partners—together again!
DD and Kankie
Comment Share
Share via:
WD 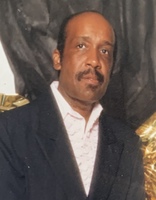