To share your memory on the wall of Phyllis Austin, sign in using one of the following options:

Growing up, Phyllis enjoyed playing volleyball, singing in the church and high school choirs, and spending time with the neighborhood kids, especially the Pitts family and Elise Hendricks-Hines. While a student at Sumner High School, she was the pianist for the choir, which afforded her the opportunity to play at The Muny Opera.

Growing up she attended Christ Holiness Temple, UHC, under the leadership of Bishop Gearline Smith, where she accepted Christ at an early age. As an adult she joined St. Louis Bible Way Church, volunteering her services, serving as a church administrator, and assisting Bishop Patricia Whitelocke on numerous church projects. While in Houston Phyllis joined Windsor Village United Methodist Church (Pastor Kirbyjon Caldwell), where she continued her walk with God.

In 2006, Phyllis moved to Houston, TX to be with her son, but ultimately to be with her grandchildren. Phyllis’ grandchildren were literally her heart beat, and those who knew her learned everything about each one. She supported all four of her precious grandchildren, whether it was by attending school functions, driving them to their athletic activities, or simply proudly bragging on their many accomplishments.

After more than 45 years of full-time service as a registered nurse, with the majority of those years as a nursing administrator, Phyllis retired from the field of nursing. Not being able to stay away from the profession she loved, she worked part time administering flu shots to EMT personnel throughout the Houston area.

On Monday March 18, 2019, Phyllis transitioned peacefully into eternal rest of her Heavenly Father, with her loving and devoted son, Michael, by her side. She was preceded in death by her father, John Phillip Calvert, and her mother, Amanda Bond Calvert. Cherishing her memories are her son, Michael Parks; stepdaughter Demetria Jackson; four grandchildren, Ahmeer, Nia, Sydney, and Gavin; three siblings, Angela, Kenneth (Bettie), Wilma; “Big Sister” Alfretta Williams; several nieces and nephews, and a number of other relatives and close friends.

Services for Mrs. Phyllis Austin will be held on:


IN LIEU OF FLOWERS PLEASE SEE DONATION OPTIONS BELOW:

Receive notifications about information and event scheduling for Phyllis

We encourage you to share your most beloved memories of Phyllis here, so that the family and other loved ones can always see it. You can upload cherished photographs, or share your favorite stories, and can even comment on those shared by others. 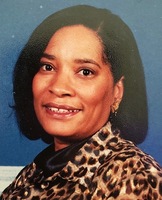