To share your memory on the wall of Pastor Reginald Williams, sign in using one of the following options:

Reginald graduated Woodville High School in 1991. He then attended Lamar University, receiving a Bachelor’s of Social Work. Reginald began his career, working for the Texas Department of Protective Services as a CPS Caseworker. He also worked as a Case manager for Sinclair Children’s Center. Reginald continued his secondary education, receiving his Teacher’s Certification and Master’s Degree at Lamar State College - Orange in 2000. It was after this that Reginald began his teaching and coaching career at Woodville ISD. He later attended Theological School in the State of Louisiana, graduating with his Doctorate Degree in Theology.

Reginald fathered one child at a young age. Reginald joined in Holy matrimony in 1994 to Shagala Diggles and to this union, 4 children were born.

Preceding him in death is his father - Thessalonians Freddie T. Williams (Slim).

Throughout the years Reginald formed many special relationships, filling the roles of father, friend, counselor, and Pastor. Reginald always found a way to operate in the gifts God blessed him with. He was blessed with a heart to serve others and made a great impact on many lives. Those who knew him knew that he did not meet strangers. He was an inspiration and leader in the Tyler County Community and every where his feet tread upon.

To send flowers to the family or plant a tree in memory of Pastor Reginald Van Williams, please visit our Heartfelt Sympathies Store.

We encourage you to share your most beloved memories of Pastor Reginald here, so that the family and other loved ones can always see it. You can upload cherished photographs, or share your favorite stories, and can even comment on those shared by others.

Tamra, Cayla, Kay, and David and Brenda Allen have sent flowers to the family of Pastor Reginald Van Williams.
Show you care by sending flowers

Posted Oct 02, 2019 at 02:30pm
My sincere condolences to the family of Reginald Williams. My heart is truly sadden of the loss of this great man. We met in 2001 through the State. Not only was he my co-worker but he was my friend. When he told me his nick name was Tootie, I laughed and from that point he was Rev. Tootie. He introduced me to his family and I felt like I had been knowing them forever. Always had a big heart about doing the right thing and was such a positive inspiration in my life. The pain I feel now is beyond explaining. His complete healing has come from the Master Himself and I pray that the Holy Spirit will comfort his wonderful family. R.I.P Rev. Tootie
Comment Share
Share via:
JF

Posted Oct 02, 2019 at 09:11am
Reggie will be missed. All I can think is that GOD needed someone to help him guide people to a better way of life. Reggie can sure help him do that. Although this feels like a sad time I am sure Reggie would want everyone to let GOD take their heart and praise him during this time. RIP Reggie. Love James Finch (Scooter)
Comment Share
Share via:
TD

Posted Oct 02, 2019 at 08:44am
We are praying that the peace of God which surpasses all understanding will guard your hearts and minds. We love you so much and are praying for you.

Posted Oct 01, 2019 at 08:33am
Ms. Ida Mitchell. We, at Tri-County CAA (Social Services Dept) are in prayer for you and your family. Our condolences to you. Love you much!

Posted Sep 29, 2019 at 04:25pm
I was born in Hillister now living in Longview. Went to high school in warren and graduated in 1991. Been knowing him for a long time a hated to here the bad news but he's in a better place now and I'm going to celebrate because he's going home. My man Big Reggie love you bro. My condolences to the family and friends🙏
Comment Share
Share via: 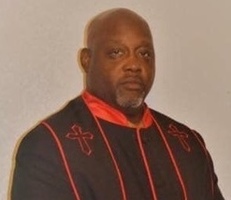