To share your memory on the wall of Jessie Wolf, sign in using one of the following options:

He was born on March 4, 1952 to the late John Wolf and Annie Mae (Deason) Wolf. Jessie was raised in Warren, Texas and graduated from Warren High School,... Read More
Jessie Wolf of Woodville, TX went from Earth to Glory on Monday, October 26, 2020.

He was born on March 4, 1952 to the late John Wolf and Annie Mae (Deason) Wolf. Jessie was raised in Warren, Texas and graduated from Warren High School, class of 1970. He continued his education at Prairie View A&M. Wolf was a two-sport letterwinner at Prairie View A&M from 1970-74. He played football in addition to serving as a weight thrower on the track & field team.

He was a 1972 team tri-captain and a UPI All-Texas First Team member while playing defensive line, Wolf was a 16th round pick by the Miami Dolphins in the 1974 NFL Draft. Wolf also spent time with the Washington Redskins, Baltimore Colts and the Birmingham Vulcans of the World Football League. Honorably he was inducted into the Prairie View Sports Hall of Fame in October of 2014.

In January 2007, he married Mary (Cravens) Wolf, the love of his life. Jessie Wolf entered the law enforcement profession and became a well-respected police officer for 28 years in East Texas. Wolf made history as the first African-American sheriff of Tyler County (Texas) and held that position until his retirement.

Coleman’s Family Mortuary along with the Wolf family will require all family and friends to wear their masks and gloves and use all safety precautionary measures as well as practice social distancing upon entering the services .

To plant a memorial tree in honor of Jessie Wolf, please visit our Heartfelt Sympathies Store.

Receive notifications about information and event scheduling for Jessie

We encourage you to share your most beloved memories of Jessie here, so that the family and other loved ones can always see it. You can upload cherished photographs, or share your favorite stories, and can even comment on those shared by others.

Posted Oct 31, 2020 at 11:58am
Jessie was a dear friend and watched over all of the younger generations throughout the years. Kept several from a life of crime and confusion. A mentor, confidant, friend, and a true legend in his time. I feel blessed to have had the privilege and honor of having known him on so many different level. Thank u Jessie. May the hands of God grace your spirit.
Comment Share
Share via:
GJ

Posted Oct 28, 2020 at 04:27pm
I have many memories of Jessie but the best one that has stuck with me is when he done the woman less wedding for the Warren band boosters Jessie will never be forgotten Love to all and God Bless. Charles Hastings.
Comment Share
Share via:
PJ

Posted Oct 28, 2020 at 09:54am
My heart is breaking at the loss of such a wonderful man! I have known Jessie most of my life and had the privilege to work with him for a few years. My thoughts and prayers are with you all.
Comment Share
Share via: 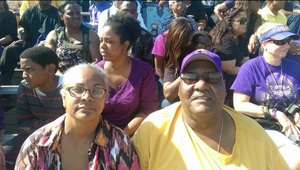 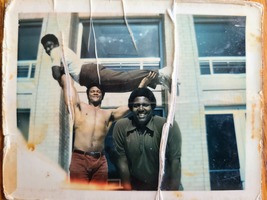 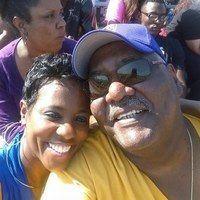