To share your memory on the wall of James Clark, sign in using one of the following options:

Print
James Douglas Clark was born on October 2, 1940 in Doucette, Texas to James Edward and Mary Patricia Barlow Clark. He departed this life at home on July 17, 2020.

Early in life he became a member of True Vine Missionary Baptist Church. ... Read More
James Douglas Clark was born on October 2, 1940 in Doucette, Texas to James Edward and Mary Patricia Barlow Clark. He departed this life at home on July 17, 2020.

Early in life he became a member of True Vine Missionary Baptist Church. He graduated in 1957 from Scott High School in Woodville, TX. After graduating high school, he enlisted in the United States Air Force and served our country until 1965. On January 30, 1964, James and Barbara Joyce Williams were united in Holy Matrimony. They shared 56 years of marriage. He retired in 1998 from the Galveston Fire Department as a driver/firefighter of over 30 years.


Service Details are as follows:


Mask are required*
Coleman’s Family Mortuary along with the Clark family will require all family and friends to wear their masks and gloves and use all safety precautionary measures upon entering the church and during the service.

Receive notifications about information and event scheduling for James

We encourage you to share your most beloved memories of James here, so that the family and other loved ones can always see it. You can upload cherished photographs, or share your favorite stories, and can even comment on those shared by others.

Posted Jul 24, 2020 at 02:00pm
What can I say about my uncle … I just do not have the words to express how much I (we) all love you and you will be so dearly missed … you will live always in my heart. Thank you teaching me my handy-person skills and no matter how many questions I would ask you would answer them. Remember when I said when I retired I was moving to Woodville, will I never thought you would not be around, physically for that day. RIP Uncle JD ... Your work here on earth did not go un-noticed! Aunt Barbara, Gayla , Jimmy and Chris, your dad, my uncle was a great man thank you for letting him be a dad, to us all ... Love you all Carla Watt
Comment Share
Share via:
TS

Tinamarie Joseph and Jonea Stokes purchased flowers for the family of James Clark.

Posted Jul 23, 2020 at 12:20pm
Our thoughts and prayers are with The Family. There's no sorrow God can not heal. Roy and Connie Scott

Roy Scott purchased flowers and planted a memorial tree for the family of James Clark.

Posted Jul 23, 2020 at 12:08pm
The Clark family and my family were neighbors. In our neighborhood we were all family. My parents were older than Mr and Mrs Clark and both of the Clarks never hesitated to lend a hand to my family whenever needed. I looked up to Mr Clark with the utmost respect. He was a hard working man and has raised his family to be equally as hard working as he was. My family has always been family to me and my family.

Posted Jul 23, 2020 at 11:15am
Please accept our most heartfelt sympathies for your loss. We love you all and are thinking of you.

Frances Sokoloski and Cathy Leonard purchased flowers for the family of James Clark. 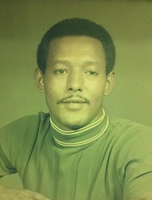