To share your memory on the wall of Felicia Wise, sign in using one of the following options:

She was an employee of Georgia Pacific in Camden for the last few years. Felicia was a dedicated mother first and foremost. She adored her children and made every effort to spend moments with them. She especially loved being a granny. She did her best to be there for the people she loved whether it was a listening ear, a caring heart, or a word of encouragement. She was a loyal friend and cherished the true friendships she developed over the years.

To send flowers to the family or plant a tree in memory of Felicia Ann Wise, please visit our Heartfelt Sympathies Store.

Receive notifications about information and event scheduling for Felicia

We encourage you to share your most beloved memories of Felicia here, so that the family and other loved ones can always see it. You can upload cherished photographs, or share your favorite stories, and can even comment on those shared by others.

Your Whataburger Family, Carla Parks, and other have sent flowers to the family of Felicia Ann Wise.
Show you care by sending flowers

Posted Apr 29, 2019 at 05:57pm
Miriam and family, I send my deepest sympathy to you and your family. I am so very sorry for your loss. I will keep you all lifted in prayer. Take care, Tenika Brooks, Jasper, Texas
Comment Share
Share via:
R

Posted Apr 28, 2019 at 08:42pm
My deepest sympathy for this most unimaginable difficult time.

Please find comfort in knowing that our Heavenly Father too recognizes death as an enemy (1Cor. 15:26) and truly understands the depth of your grief and loss. He hears and is listening to your prayers for comfort. "God is close to the brokenhearted; he saves those who are crushed in spirit.”—Psalm 34

Your Whataburger Family purchased flowers for the family of Felicia Wise. Send Flowers

Posted Apr 24, 2019 at 06:48am
Wishing you peace to bring comfort, courage to face the days ahead and loving memories to forever hold in your hearts. 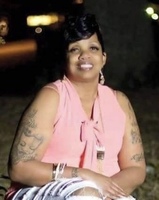