To share your memory on the wall of Eddie Ray Logan, sign in using one of the following options:

He graduated from Henry T. Scott High, class of 1956 in Woodville, Texas. Upon graduation he attended Texas College and played his beloved sport of football. It was during a football game between Prairie View A & M Panthers and Texas College Steer where he met Verda Mae Malone. They were united in holy matrimony in 1962 and shortly after moved to Huntington, Texas to begin their new lives together as newly weds.Eddie started working at Lufkin Texas Industrial Foundry, and Verda started her teaching career at Huntington Independent School District.

Eddie Logan was very active in his community and was a deacon at Goodwill Missionary Baptist church. There are many attributes pertaining to Eddie Ray Logan's life. He was a devoted husband and loving father and grandfather. Eddie Ray Logan was a man with common values, who enjoyed family, friends, sports, fishing and hunting.

He leaves to cherish his memories:

Mr. Logan also leaves behind a very special nephew Jackie Ray Logan and his sister in law Ola Mae Logan of Houston, Texas. Along with a host of other nieces, nephews, relatives and friends.

To send flowers to the family or plant a tree in memory of Eddie Ray Logan, please visit our Heartfelt Sympathies Store.

Receive notifications about information and event scheduling for Eddie Ray

We encourage you to share your most beloved memories of Eddie Ray here, so that the family and other loved ones can always see it. You can upload cherished photographs, or share your favorite stories, and can even comment on those shared by others.

The Kennard Family sent flowers to the family of Eddie Ray Logan.
Show you care by sending flowers 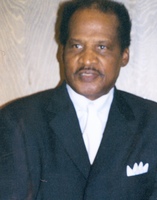