To share your memory on the wall of Deacon Theo Bean, sign in using one of the following options:

He departed this life on Saturday, October 5, 2019 at approximately 6:41 p.m. at home surrounded by family and love ones. He met and married Maxine Wells on March 11, 1965. Theo was a devoted husband, father, grandfather, and family man.

Theo was preceded in death by two brothers, Robert Ander Bean and George Bean, and one sister, Susie Piper.

The family would like to express a special thank you to Kindred Hospice, and his nurses Candace Harmon and Mrs. Debra Tyson for the superb care they provided.


Funeral Services for Mr. Theo Bean are as follows:

To send flowers to the family or plant a tree in memory of Deacon Theo Bean, please visit our Heartfelt Sympathies Store.

Receive notifications about information and event scheduling for Deacon Theo

We encourage you to share your most beloved memories of Deacon Theo here, so that the family and other loved ones can always see it. You can upload cherished photographs, or share your favorite stories, and can even comment on those shared by others.

Nathan and Janice Pullin sent flowers to the family of Deacon Theo Bean.
Show you care by sending flowers

Posted Oct 12, 2019 at 08:24am
Our Hearts and prayers are with you during this difficult time. We love you All. Rev. Michael and Lady Jeanine

Flowers were purchased for the family of Deacon Theo Bean. Send Flowers

Posted Oct 11, 2019 at 08:58am
Sympathy and Prayers to Claudette and Family from Integrated Community Services

Flowers were purchased for the family of Deacon Theo Bean. Send Flowers 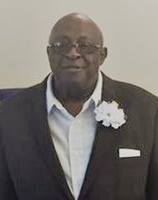