To share your memory on the wall of Byron Young, sign in using one of the following options:

Byron later moved to Houston, Texas and accepted Jesus Christ at an early age and later joined Wesley United Methodist Church in Houston, Texas. Byron was a 1979 graduate of Jack Yates High School and was an all around athlete with football and basketball being his favorites. Byron attended the Houston Truck Driving School and became a certified commercial truck driver as he traveled state wide for many years.

To send flowers to the family or plant a tree in memory of Byron Craig Young, please visit our Heartfelt Sympathies Store.

We encourage you to share your most beloved memories of Byron here, so that the family and other loved ones can always see it. You can upload cherished photographs, or share your favorite stories, and can even comment on those shared by others.

Flowers were purchased for the family of Byron Young. Send Flowers 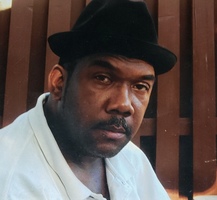