To share your memory on the wall of Billy Adams, sign in using one of the following options:

Billy was born on August 5,1947 to the late Walter Adams and Cora Gilder Adams in Kountze,TX. He attended George Washington Carver High School in Kountze, Texas. After graduating from high school in 1966, Billy joined the military where he served in the United States Marine Corps.

Billy was a decorated Vietnam Veteran Specialist (E4). During his tour in Vietnam, he was awarded the National Defense Service Medal, Rifle Expert Badge, Good Conduct Medal, and he was also awarded the Distinguished Medal of Honor (Purple Heart Medal). After his military tour ended, he was honorably discharged in Oakland,CA. Shortly after, he moved to Fresno,CA. There he met and married his wife, Patricia Hunter. Later, he moved to Los Angeles,CA, where he became employed as a security officer by Burn Security Company. After a short stay in California, he moved back to Texas. As many may know, Billy enjoyed traveling from city to city, meeting new and old friends.

Funeral services for Mr.Billy Adams are as follows:

To send flowers to the family or plant a tree in memory of Billy Joe Adams, please visit our Heartfelt Sympathies Store.

Receive notifications about information and event scheduling for Billy

We encourage you to share your most beloved memories of Billy here, so that the family and other loved ones can always see it. You can upload cherished photographs, or share your favorite stories, and can even comment on those shared by others. 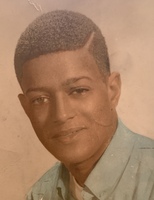