To share your memory on the wall of Bernadine Player, sign in using one of the following options:

Bernadine attended the public schools of Jackson Parish in Jonesboro, Louisiana. She graduated from Jonesboro-Hodge High School in 1975.... Read More
Bernadine Cottonham Player was born on December 3, 1957 to the late Felton and Geraldine Cottonham.

Bernadine attended the public schools of Jackson Parish in Jonesboro, Louisiana. She graduated from Jonesboro-Hodge High School in 1975. She then went on to attend Northwestern State University earning a BS degree in Radiologic Technology in 1980.

After earning her degree Bernadine relocated to Houston, Tx. to begin her career as an X-ray technician at M.D. Anderson. While in Houston she was introduced to Michael Player, who later became her husband. They were married for over two decades until his death in 2006. They had one daughter, Chelsea, who was their world. Bernadine was well loved and respected among her peers and colleagues in the medical profession. As she advanced in her career she later worked for Ben Tab Hospital as a mammography supervisor and MLK Health Center as a mammography technician. Bernadine was an avid reader with a love for Science Fiction, traveling, and gardening. She was a quiet and caring person who was a blessing to many.

Bernadine accepted Jesus Christ as her personal savior at a young age and later in life decided to become a member of Brentwood Baptist Church.

Bernadine departed this life on Wednesday, June 17, 2020. She was preceded in death by her parents, Felton and Geraldine Cottonham; her brother, Ronald Cottonham; sister-in-love Diana Cottonham; and her husband, Michael Player.


Service details for Mrs. Bernadine C. Player are set as the following:


*Mask are required*
Coleman’s Family Mortuary along with the Player family will require all family and friends to wear their mask, gloves, and use all safety precautionary measures upon entering the church and during the service.

To send flowers to the family or plant a tree in memory of Bernadine C. Player, please visit our Heartfelt Sympathies Store.

Receive notifications about information and event scheduling for Bernadine

We encourage you to share your most beloved memories of Bernadine here, so that the family and other loved ones can always see it. You can upload cherished photographs, or share your favorite stories, and can even comment on those shared by others.

Loretta Hanser, Barry and Shay Abney, and other have sent flowers to the family of Bernadine C. Player.
Show you care by sending flowers

Posted Jun 26, 2020 at 04:12pm
May you have eternal peace now free from pain as you join your loved ones who went on before you! Love Loretta Hanser

Posted Jun 26, 2020 at 11:03am
Shirley, we love you and appreciate your friendship. We pray God's continued strength and comfort upon you and your family. 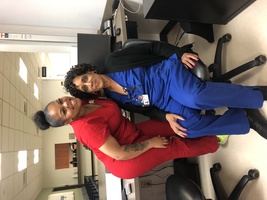